Unicard is a card for computers SHARP MZ-700, MZ-800 or MZ-1500 which allows for easy running of MZF/MZT files from a microSD card, emulating standard SHARP peripherals (FDD, QD, RAM, …) and allowing for a VGA output, as well as other outputs (USB, RS-232, Ethernet, PS/2, audio). 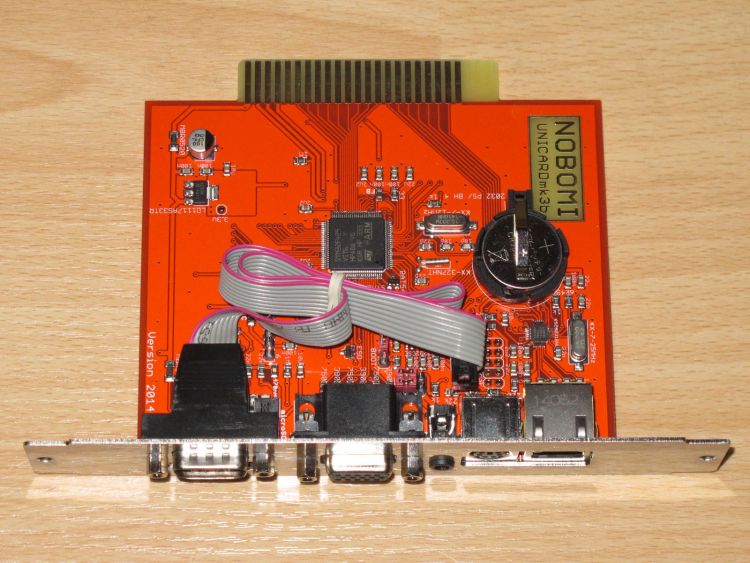 Running MZF/MZT files from a microSD card is done by the Unicard Manager, which runs itself directly from the Unicard. The card can emulate standard SHARP peripherals, such as Quick Disk, various RAM disks (RAM, SRAM, SROM, EMM), a controller with 4 floppy disk drives, a serial interface, a KANJI and dictionary card and some newly created peripherals, such as an arithmetic unit ALU, RTC and potentially more, because the firmware is still being updated. The Unicard offers several communication interfaces (Ethernet - HTTP server, USB and RS-232 - USARTShell, 8-bit API MZFRepo). Thanks to the efficient MPU STM32F429 used, the number of parts is minimal and the card allows for an image output on VGA using GDG internal emulation.

The configuration of the Unicard, the emulated peripherals, as well as firmware updates are done through files on the microSD card in the FAT32 format. MZF/MZT files are also saved on the microSD card so they can be run directly, possibly also images of floppy disks, quick disks, RAM disks and so on.

The first Unicard was developed by Michal Hučík and Václav Peroutka. They were later followed by Bohumil Nováček (NOBOMI), who used a more powerful MPU, removed the CPLD and added the option to emulate video on VGA. The last version Mk3b has been used since the year 2014 and, even though the firmware was expanded on significantly (Michal Medek contributed a lot to the recent developments), is still in its base functions compatible with the original Unicard by Michal Hučík a Vašek Peroutka.

The first Unicard by Michal Hučík and Václav Peroutka, version ATMega (development was stopped). The source codes and schemas are available through SVN on sourceforge. 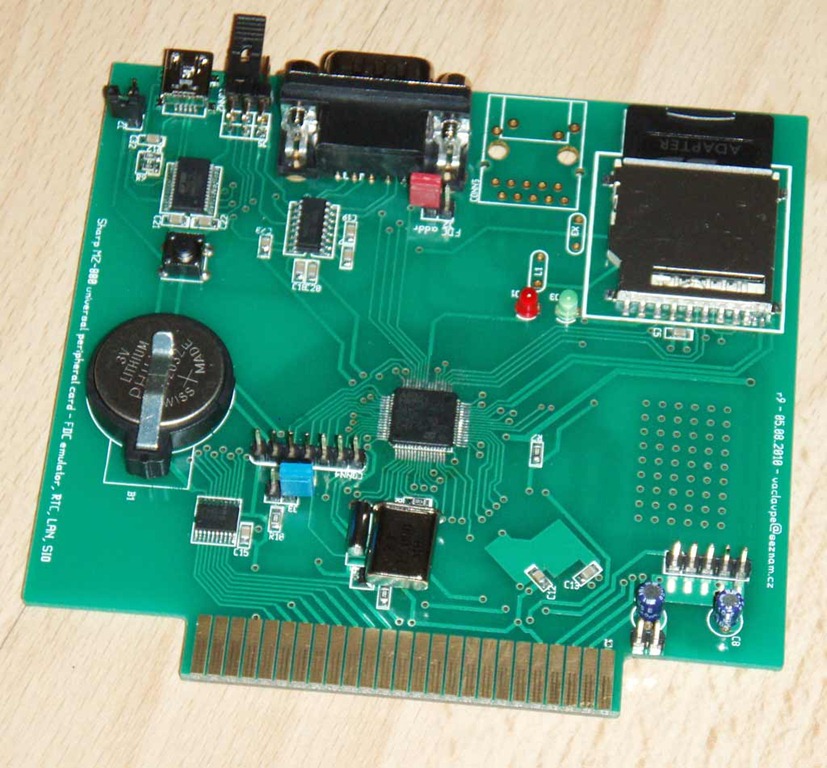 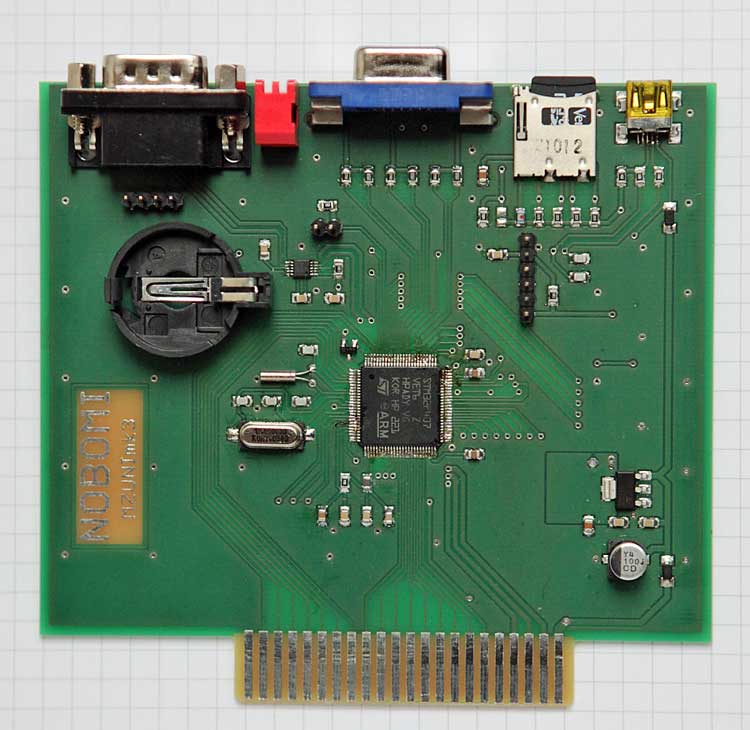 
The link to sourceforge leads to the original firmware, which was since then moved to GIT and significantly updated. Access is available on request. 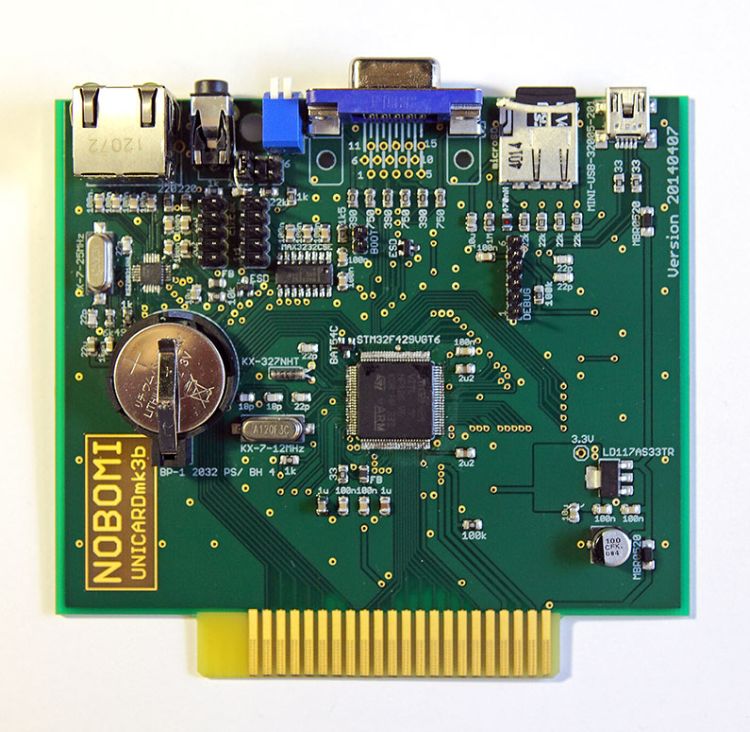 Prototype of the Third Generation Unicard Innovated for MZ-700

The innovated third version of the Unicard marked UNICARDmk3c, version in preparation for MZ-700. 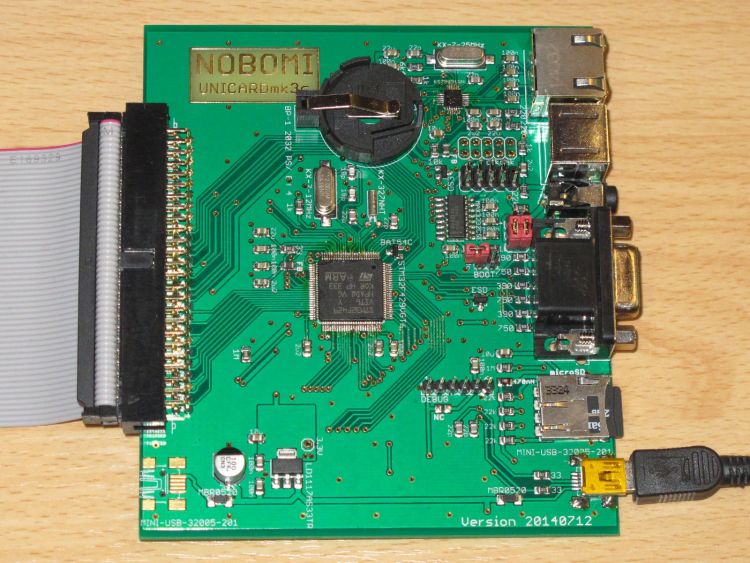 Prototype of the third generation Unicard innovated for MZ-700

If you have any suggestions for improving the webpages or find any errors, let me know at uunek“at”yahoo“dot”com